» Where to travel in April?

Best countries to visit in April

With spring coming in April, many destinations are opening up to travelers looking for warmer and sunnier regions. Japan for example is colored in pink tones with its cherry blossoms, the countries of the Indian Ocean with their prodigious natures come out of long periods of rain and in many countries, the locals dance to the rhythm of the festivals to welcome spring and its beautiful days. The northern hemisphere is warming up offering beautiful destinations in picturesque settings, and thus allowing us to enjoy great stays during this month of April.

So where to travel in April? I will start with a general overview by continent, then by destinations with a particular focus on those that I personally appreciated.

Where to travel in Africa in April?

In Africa, the Mediterranean coast is ideal for travelers looking for warmth and swimming. All of North Africa has very good sun exposure. Morocco, Algeria or Tunisia, for instance, already offer a taste of summer. Trek lovers will also find good conditions for exploring the High Atlas trails in Morocco. In Cape Verde, it’s always a good month to explore its beautiful islands, just like Namibia, where the dry season begins. 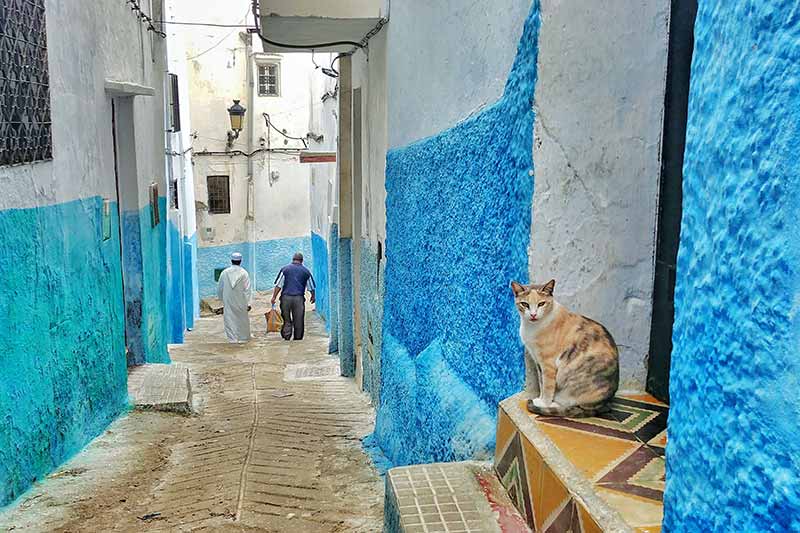 Oudaïas Kasbah in Rabat in Marocco

Where to travel in America in April?

In America, the United States is a popular destination for travelers in April. This time of year is indeed perfect for a stroll and to discover American cities. From California to New York, via Louisiana or Florida, there is a lot to discover before the arrival of summer, which can sometimes cause strong heat waves. In Mexico or Colombia for example, the tourist influx is not yet at its peak, but the dry season rightly attracts adventurers during this period. 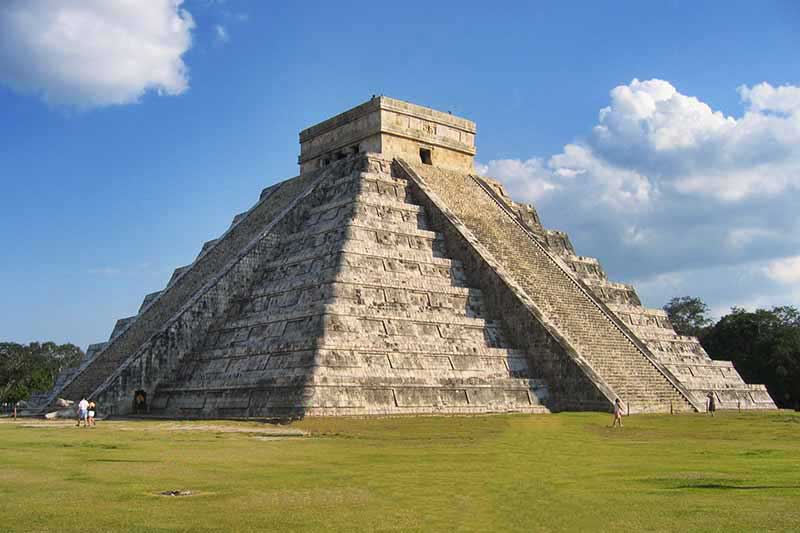 Chichén Itzá, one of the 7 wonders of the world

Where to travel in Europe in April?

In Europe, April marks the arrival of spring. The days are sunnier, which is ideal for exploring the different countries. This season is particularly suitable for exploring the Mediterranean islands (Balearic Islands, Malta, Sicily, Sardinia, Corsica, Cyprus), the beaches are also starting to be accessible on the coasts of Greece, Spain or Portugal by example. 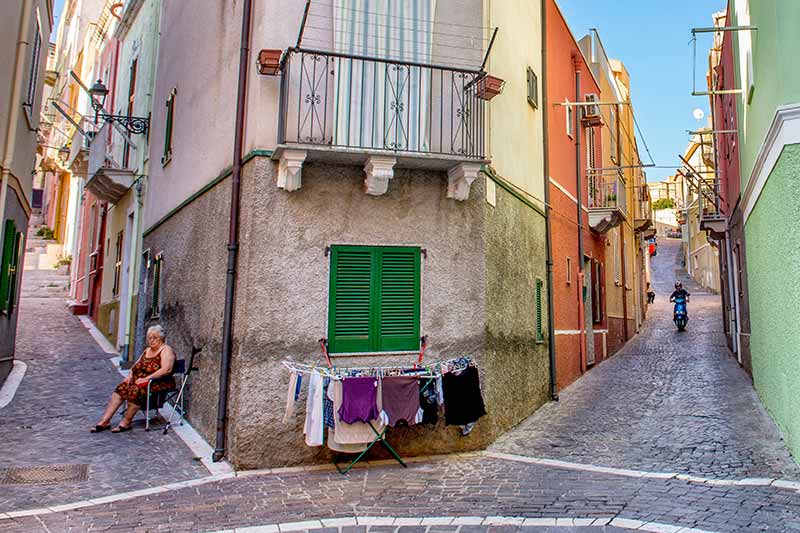 Where to travel in Asia in April?

In Asia, the weather conditions are always favorable to the discovery, but the temperatures can be very hot in some places. During this month, you can still discover Vietnam, Nepal, Turkey or central China for example. Japan is also very visited this month due to the beauty of its trees which bloom at this time of the year. On the coasts and islands, the risk of typhoons is lower. 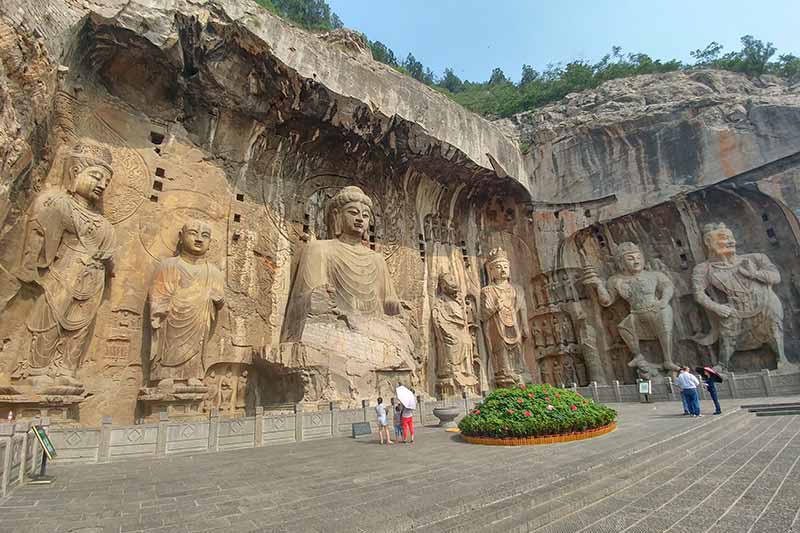 Longmen grottoes near Luoyang in China

In Oceania, it’s the right time to discover Sydney in Australia.

Some countries such as Zanzibar and Tanzania are to be avoided in April because of the heavy rain in the region. This is also the case in South America where the humidity is unpleasant to discover some of its countries.

Map of the countries where to travel in April

Best destinations to go in April?

Good places to visit in April

This list of destinations is mainly made according to the weather. These places are indeed selected because they have very favorable climatic conditions in April. For each destination, you will find the average maximum and minimum temperatures, as well as the average number of rainy days in the month. Although it often goes hand in hand with favorable weather, this list of destinations does not precisely take into account all of the local cultural events celebrated there during the month of April, or even the tourist influx.

My favorite destinations in April

Xi’an is the capital of Shaanxi Province, located in central China. This large and interesting Chinese city has an important historic center with many points of interest. You can discover the imposing city walls, which are considered to be the oldest and best preserved in China. The construction of these ramparts would have started in 194 BC. It is possible to rent bicycles to tour the city from the top of the ramparts 12 meters above the ground. In the heart of the city, do not miss the bell tower of Xi’an, built in 1384. This tower, one of the tallest in China, contains many bronze bells dating from the Tang dynasty.

I also strongly recommend that you take a stroll through the Muslim quarter of Xi’An. It is very lively with many shops, street restaurants and fruit and vegetable stalls. You can also visit the nearby Great Mosque, with a Chinese style and built in 742. In the south of the city, outside the ramparts, you can admire the Great Wild Goose Pagoda built in 652, in the dynasty. Tang. It is a building as beautiful to see by day as by night.

Finally, about 35 km northeast of the city, is one of China’s best-known tourist spots: the Terracotta Army. This place presents a set of eight thousand statues of soldiers and terracotta horses, representing the troops of Qin Shi Huang, the first emperor of China. These statues which almost all have a different face, were intended to protect the deceased emperor. 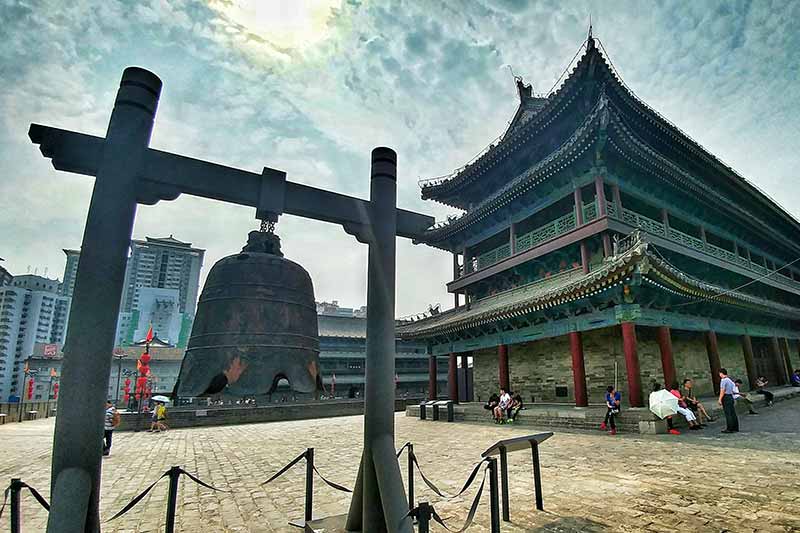 On the top of the ramparts around Xi’An 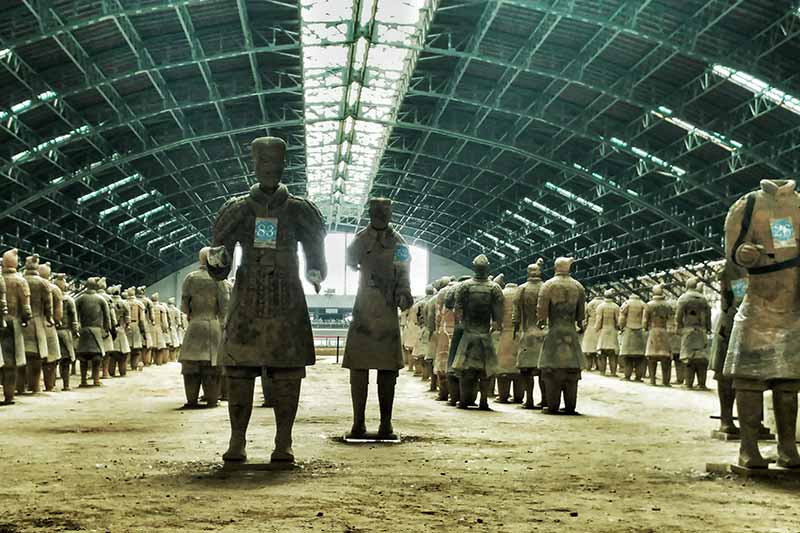 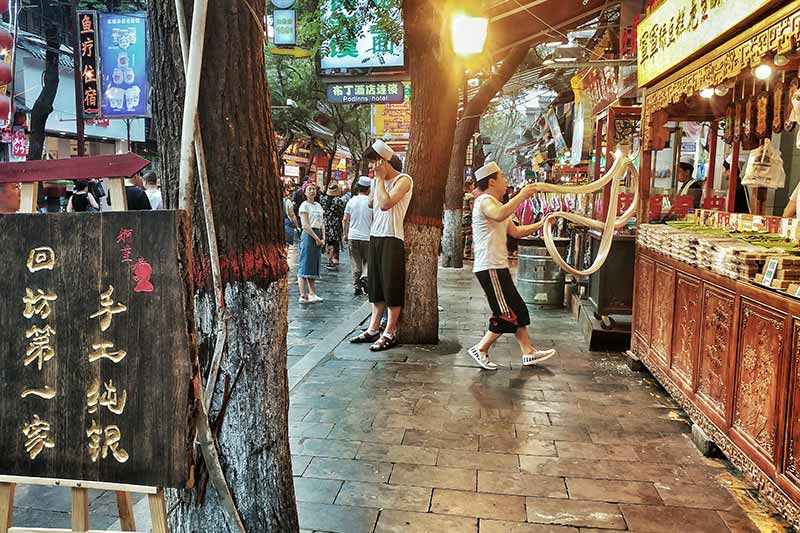 Even though it is not the most popular tourist island, Fogo island located in the south of the Cape Verde archipelago attracts more and more visitors each year. The island takes its name from the volcano it shelters in its central part: Pico Fogo. 2800 meters high, a hike on this volcano is a must. Know that you will nevertheless need a good physical condition and a guide to reach the summit (especially for a night departure and an arrival at sunrise). Up there, you will be rewarded with a breathtaking view of the lunar landscape.

Just nearby, going down, you also have the possibility of reaching Pico pequeno, which is also worth the detour. At the end of the excursion, I strongly advise you to take a little time to visit the small village of Chas das Caldeiras at the foot of the volcano, eat there and chat with the locals.

The second attraction on the island is its main city: Sao Filipe. This pretty town is known for its colonial architecture and colorful houses, as well as its black sand beach, Praia da Bila, which can be seen from the top of the town. Finally, do not miss to taste the delicious coffee, as well as its famous wine, which are grown locally. 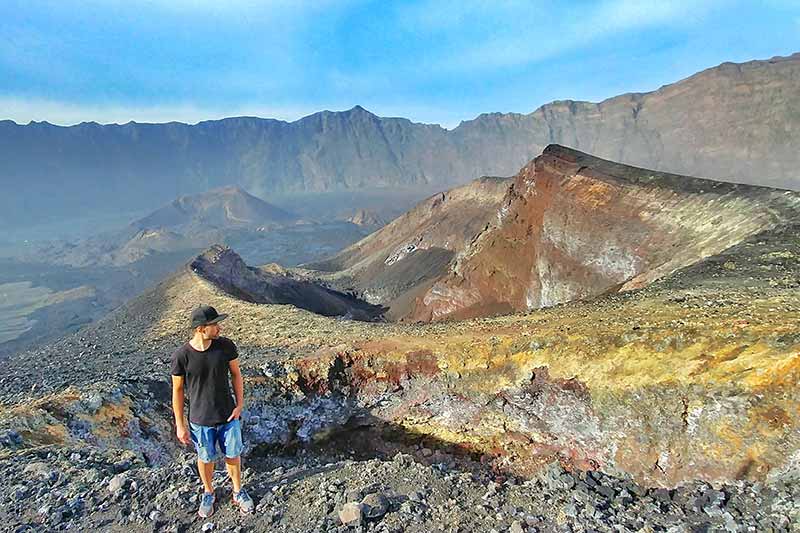 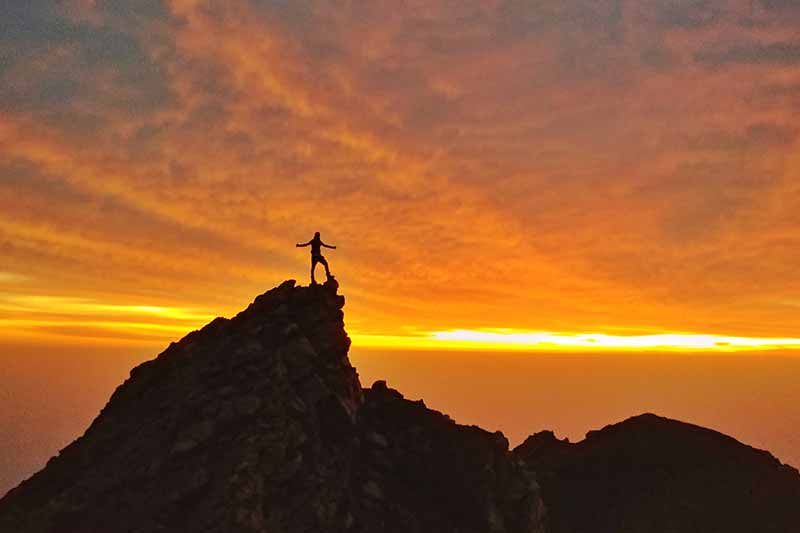 Sunrise at the top of Pico Fogo 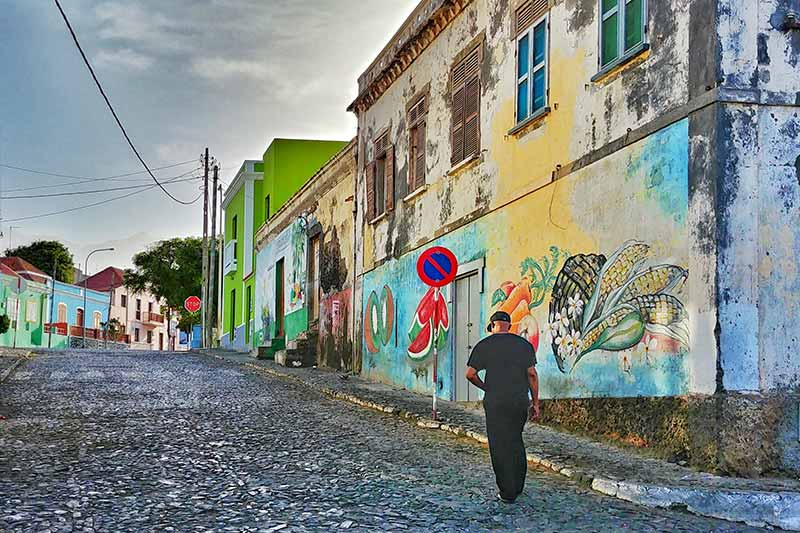 Lisbon, the capital of Portugal, has a lot to offer to its visitors with its pretty city center, its coasts and its hills. It is a very popular destination, perfect to discover for a weekend or more. Lisbon has a special atmosphere and many tourist attractions such as its Gothic cathedrals, monasteries, majestic castles and other picturesque monuments. We can highlight for example the imposing Saint-Georges castle with its magnificent view of the city, the Tower of Belém which dates from the 16th century, Padrão dos Descobrimentos statue, the arch of Rua Augusta or the Cristo-Rei statue. Lisbon can be visited simply by foot or using the city’s practical public transport options (bus, metro and even typical trams called “Remodelado”).

Take a stroll through the numerous beautifully paved squares and get lost in the different districts of the city such as Chiado, with its cafes, shops and seafood restaurants. Also don’t miss the Alfama district, one of the oldest districts of Lisbon, with its steep streets and its shops selling traditional handcrafted creations, or the Bairro Alto district, more lively at night. Lisbon is a coastal city, there are also many famous beaches, including the one of Cascais, Praia do Guincho and the one of Costa da Caparica. Finally, enjoy its local restaurants and taste the flavors of the city, including the Bacalhau or the succulent Pastels de nata. 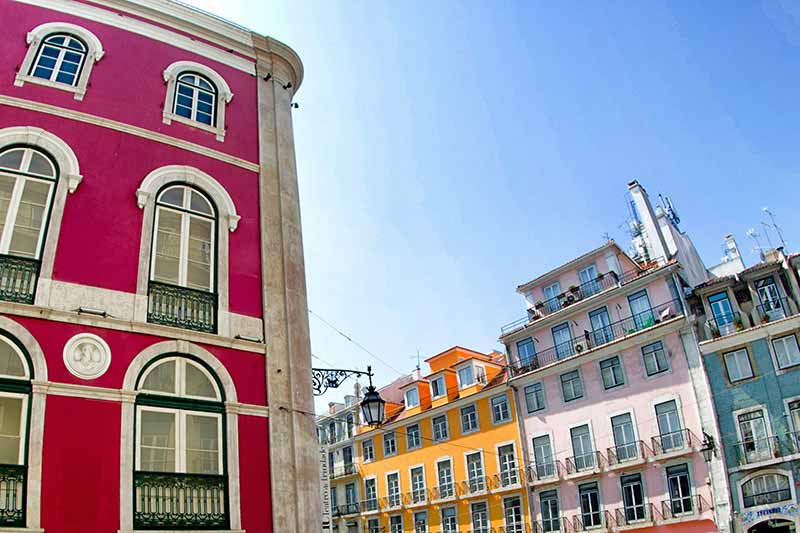 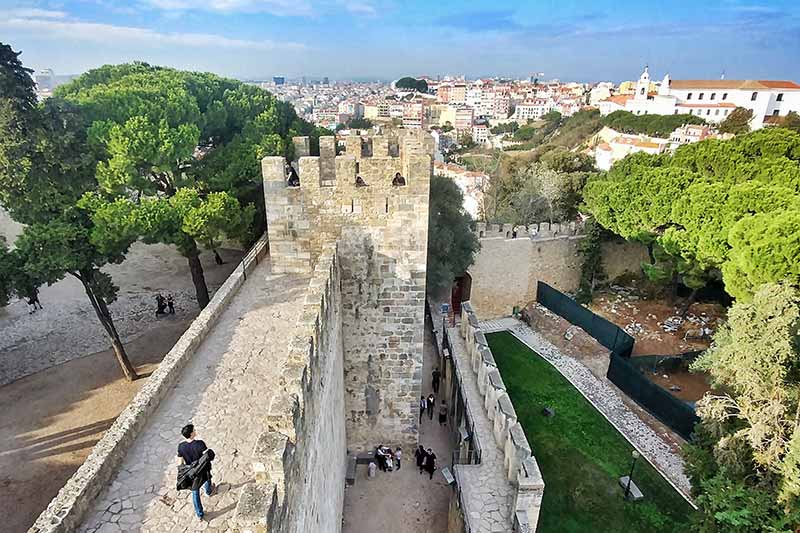 On the top of Saint-Georges castle rampart 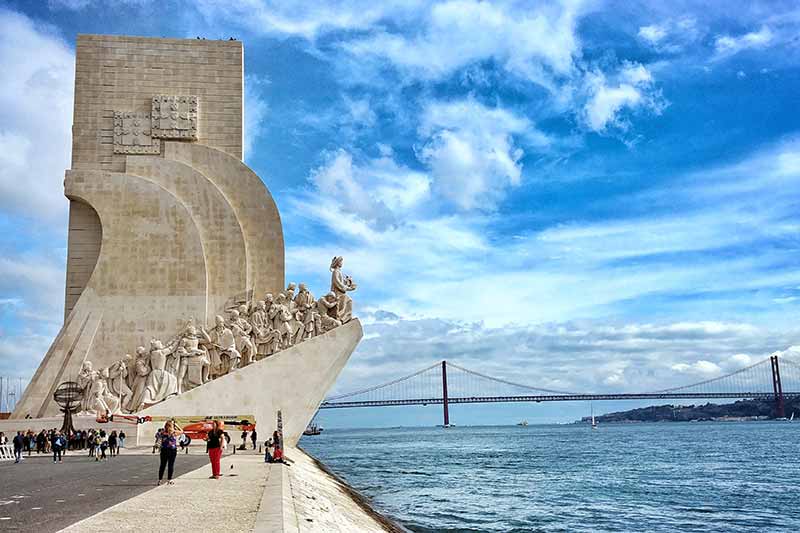 Valletta, the capital of Malta, is a city of history and culture, built by the Knights of St. John in the 1500s on a peninsula of only about 1 km by 600 m. This fortified city is certainly small but has many important historic sites such as museums, palaces and imposing churches. Valletta is also listed as a UNESCO World Heritage Site. Walking the streets of Valletta looks like an open air museum with its very typical colorful balconies. Be sure to stroll through the Upper Barrakka Gardens perched above the harbor, to take a break between visits to the city’s various points of interest such as the Saint John Co-Cathedral or Fort Saint-Elmo. This fort is worth the detour for its national war museum as well as for its beautiful view of the port.

Finally, very close to Valetta, I advise you to discover the Three cities of Malta: Vittoriosa, Cospicua and Senglea where you can get lost in its alleys and take a dip in the maritime history of Malta. If you want to know more about this country, take a look at my Malta travel guide. 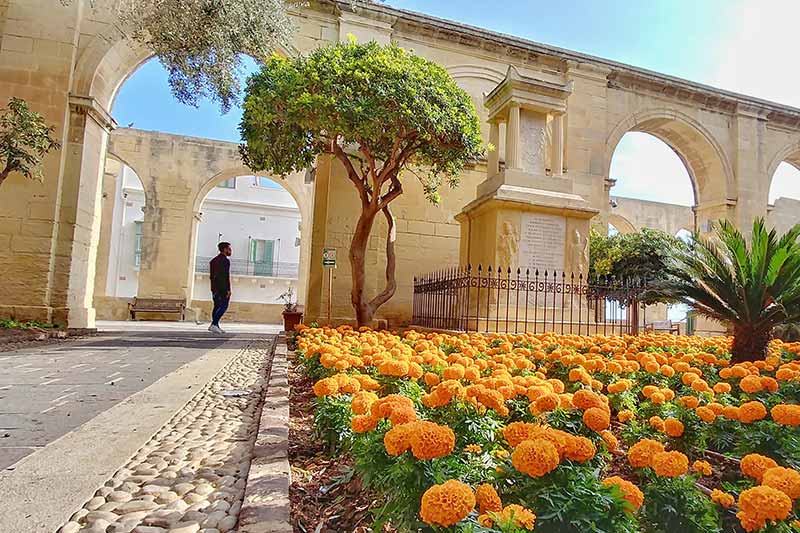 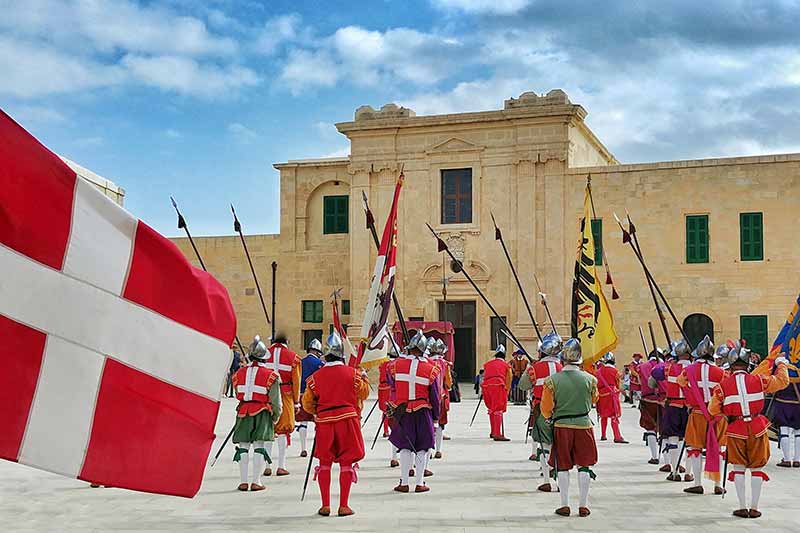 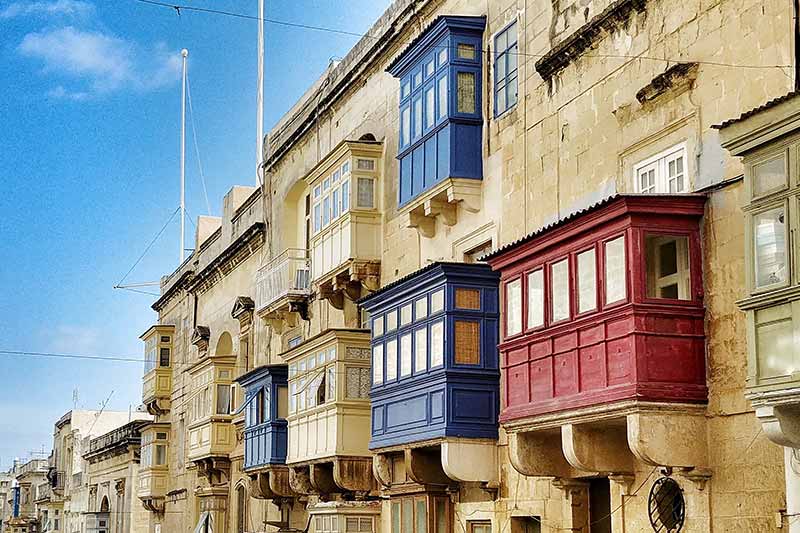 The Japanese capital, Tokyo, is a vast and surprising destination, full of places of interest to discover. It’s a modern city with skyscrapers, illuminated signs and lots of extravagant entertainment. It is also a  traditional city with its Japanese temples, shrines and gardens. Although Tokyo has an excellent rail system, the visit of the city is intense, given its size and the many neighborhoods with very different styles. You can visit for example: Shibuya and its famous giant pedestrian crossing, Shinjuku and its lively district with its many karaoke rooms and nightclubs, or Akihabara, known for electronics, video games and manga.

For a little more peace, stroll in the traditional district of Asakusa or Ueno with its zoo or its park with cherry trees. The city  has also many very interesting monuments, such as the Meiji-Jingu Shinto shrine, the Senjo-Ji Buddhist temple, the Tokyo Tower or the Tokyo SkyTree, 634 meters high. Finally, during a visit to the Japanese capital, it is unthinkable to do not taste the local gastronomy, and not to participate in the Tokyo night by having a drink in an izakaya or going to sing in one of the karaokes of the city. 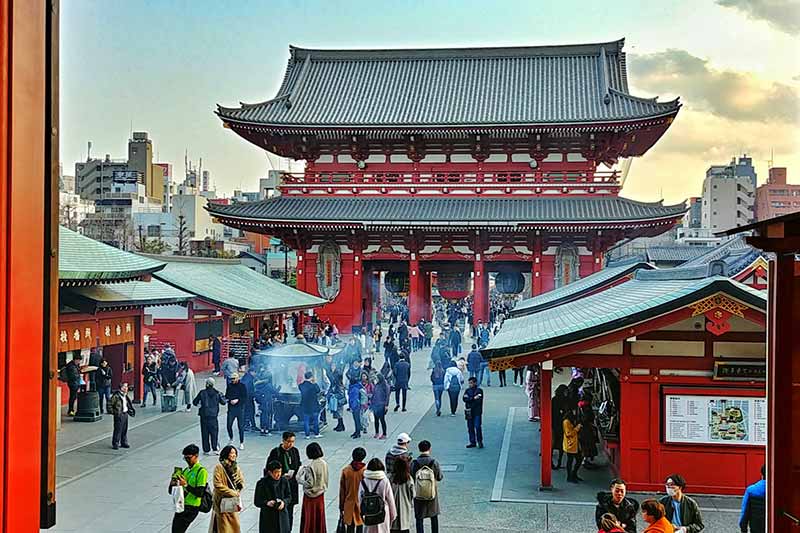 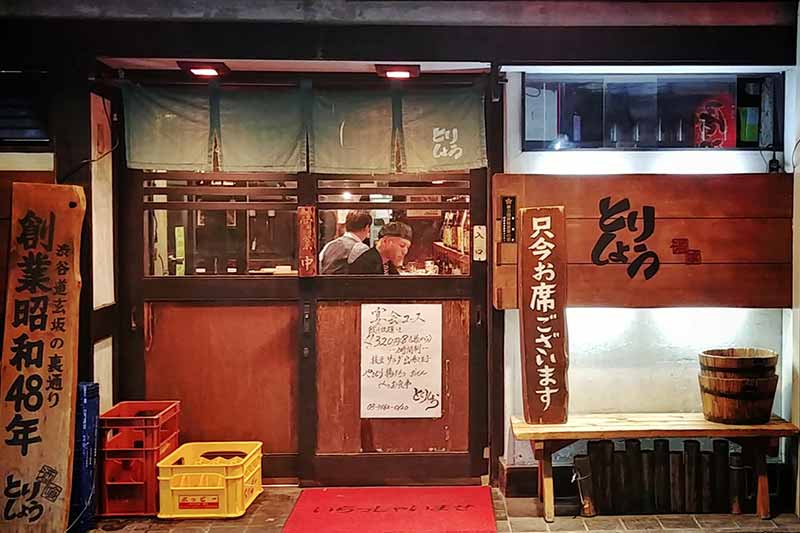 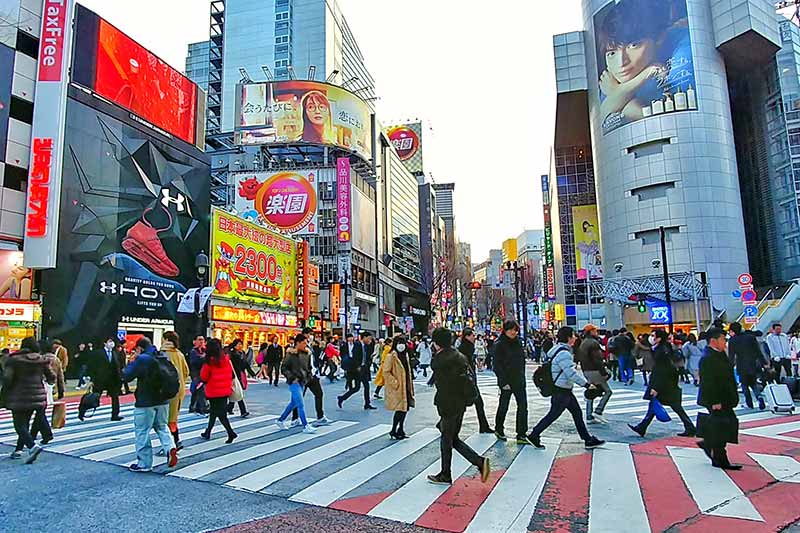 Paphos is a town on the coast in the southwest of Cyprus island. The city has many attractions and for different tastes. From a cultural point of view, you will be surely delighted with the magnificent archaeological sites of the city. You can visit for example the archaeological park of Paphos (Kato Paphos) which contains vestiges of the ancient Nea Paphos, whose main deity was the goddess Aphrodite. Be sure to visit the impressive Tombs of the Kings, this great necropolis is a UNESCO World Heritage Site. And to finish with the old stones, do not hesitate to also visit the fort of Paphos which is located at the port of the city.

As for the beaches, you will find very beautiful ones near Phaphos, we can cite for example the one of Coral bay. Don’t miss Petra tou Romioú, or Rock of Aphrodite, where the legend says that it is the birthplace of Aphrodite. Finally, to go out with the children, you can also enjoy the Phapos zoo, its water park and the many beach activities on offer. 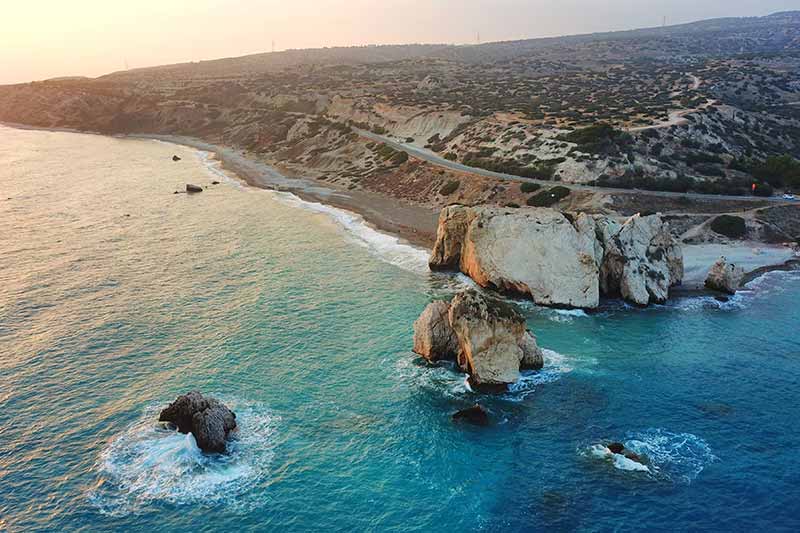 Drone view of Rock of Aphrodite 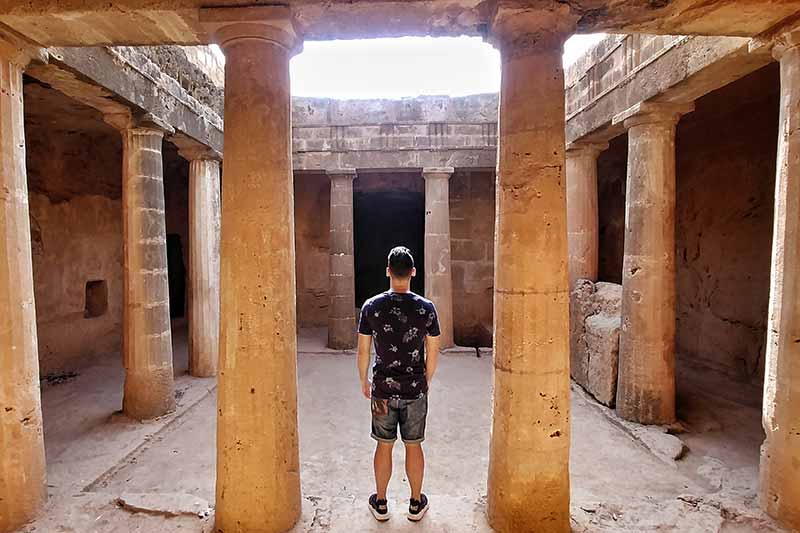 Tombs of the kings 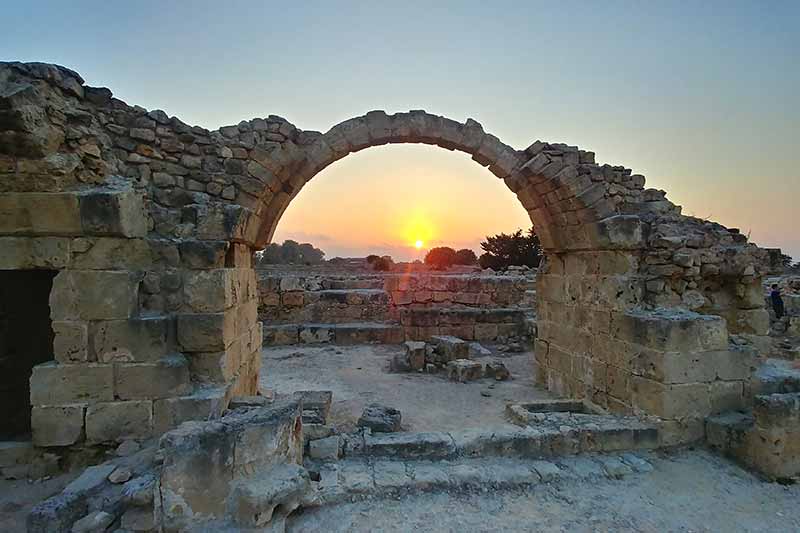 You can also share this page “Where to travel in April?” on: 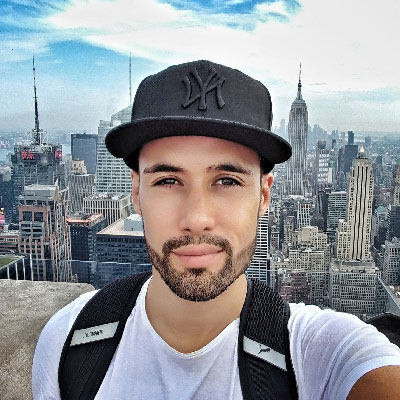 Let’s share information! Let us know what are your best destinations to travel in April.